It is amazing that no respected journalists in Malaysia dared to ask Najib Razak this question:

“Are you Malaysian Official 1?”

How do you think he will answer? Gibberish mostly. Try and see.

When the PAC report on 1MDB came out last April, the public (at least the thinking ones) had read it in full and were shocked to find so many wrongdoings perpetrated by the officials within 1MDB with the blessings of Najib Razak himself.

But this crooked Government bent over backwards explaining to the masses that there was nothing wrong with 1MDB. True enough, the idiotic, self-elected explainers of 1MDB within the  social media went about explaining to their fans that 1MDB is fine and that no money was siphoned off.

But in reality, the PAC report is enough to condemn 1MDB’s officials as white collar criminals. (Note that the DOJ report which the world had read last July was more damning. It has condemned Najib Razak himself as a malignant thief, or to put it mildly, a kleptocrat.)

The Auditor General himself had said that his own Audit Report submitted to the PAC has basis to open further criminal investigations. He was quoted as saying:

“I think our report is sufficient as a basis for further investigation, we have done our job. The next step, as recommended by PAC, they (the committee) want investigation on certain personalities in the company. Let the police do their work, we will assist anyone who wants (to) investigate.”

In other words, the police must investigate the personnel mentioned in the PAC Report as well as in the Hansard.

But what have the police done till now? The clueless IGP is still dragging his fat legs, and issuing ridiculous statements here and there trying to chase the invisible Jho Low and the nowhere-to-be-found Riza Aziz.

On 21st July 2016, the IGP was recorded as saying that he is still trying to locate Riza Aziz and Jho Low in order to record their statements. After that, he became dumb mute.

If Khalid had properly done his job, and have the ability to read, he would have issued warrants of arrest for Jho Low and Riza Aziz based solely on the DOJ Report alone. But of course, this IGP is clueless. He received salary paid by the rakyat, but too blind to function. He is so blind, he won’t even see an elephant inside his own bedroom. 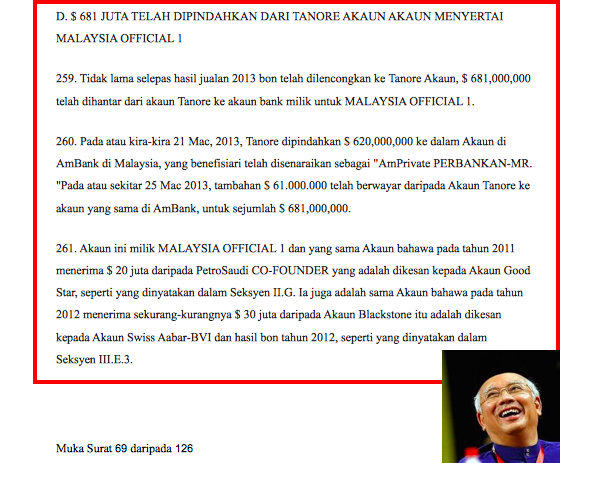 We suggest he must ask Najib directly the whereabouts of Jho Low and Riza Aziz. Otherwise, he should get help from Interpol.

After looting billions of the people’s money from 1MDB, Jho Low and his family had the gall to stop the US court from seizing their ill-gotten wealth. This is what the Government of Malaysia should have done! But no, this crooked government is a thief, a kleptocracy. 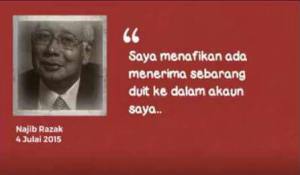 A good government would have sent someone to claim the assets, liquidate it and bring it back to Malaysia. This is what the US is hoping Malaysia would have done. But since our Najib Razak himself is the person named in the DOJ Report, and since he is one of the culprits as well as the enabler for this daylight robbery to happen, the Government of Malaysia cannot claim those assets without charging Najib Razak for looting 1MDB funds.

The US, the Swiss, and Singapore are hoping that Malaysian justice system can charge a sitting PM for the theft that he had done. They cannot charge Najib using their legal system because the crime he committed happened within Malaysia. Only his cronies and stepson can be implicated within their jurisdiction because their crime of money laundering happened on their soil. Unfortunately for Malaysia, the kleptocrats have our specially appointed Attorney General on their side. 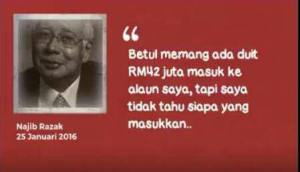 So far, Riza Aziz and Jho Low is implicated in the US. Jho Low’s family is implicated by the Swiss, while Jho Low’s buddies in Singapore are on trial and one of them had been found guilty in the first round of charges. Even 1MDB’s business partners – the MD of IPIC and CEO of Aabar had been arrested. Khadem Al Qubaisi and Mohammad Al Husseiny respectively had their assets frozen too.

Birds of feather flock together. Having a Prime Minister living and partying with criminals, doing criminal activity like siphoning off taxpayers’ funds and spent it lavishly like it is their grandfather’s money will only turn Malaysia into a pariah nation. Dishonourable and absurd. We have a thieving Prime Minister who thinks he can fool everyone all the time. A sad day for Malaysia indeed.

Can Najib answer this without invoking God’s name or some non-existent Arab Prince?

Najib Razak and certainly his cabinet of clowns can never answer the questions that had risen from the Singapore courts recently. In one of the evidence submitted to their courts, billions of ringgit were siphoned off from 1MDB Langat (subsidiary of 1MDB) and into the hands of Jho Low, his companies and also his father. Why? How come Jho Low can get away with this? Why couldn’t Najib get the IGP to arrest Jho Low? Is Najib the only one person in this world who thinks Jho Low is innocent?

From the Singapore court dated 11 November 2016

Why on earth did 1MDB gave USD790.3 million to the fake Aabar company which then had given the money to numerous companies controlled by Jho Low? In fact, even his father received USD153 million of our money! Why? Can Khairy Jamaluddin and his coterie of cufflink-wearing buffoons answer this?

The money was received from the USD1.75 billion bond obtained in October 2012. As per the PAC report schedule below, that USD790.3 million was supposed to be given to the REAL Aabar company as security deposit. But instead, it went to the fake Aabar. No wonder those two crooks were arrested and had their assets frozen. This was also the cause for the IPIC – 1MDB dispute.

Anyway, back to the PAC Report, below is the gist of it. There are 5 main points which the police should start investigating. The days where politicians say there is nothing wrong with 1MDB has come to an end. The criminals have their backs to the mountain now with nowhere to hide. For now, they are lucky to have an Attorney General that can’t differentiate what is right or wrong.

Even the launch of Mass Rapid Transport (MRT) cannot cover up the billions stolen from the rakyat. Remember, the world is watching you wherever you go; be it while you’re watching Coldplay concert in Dubai this coming New Year’s eve, or while you’re playing golf in some posh golf course.

At least 3 of the 5 points below have grounds for CBT investigations. IGP, do what is right. God put you where you are and give you a little bit of responsibility so that you can do good for the nation and curtail wrongdoings that is blatantly happening. 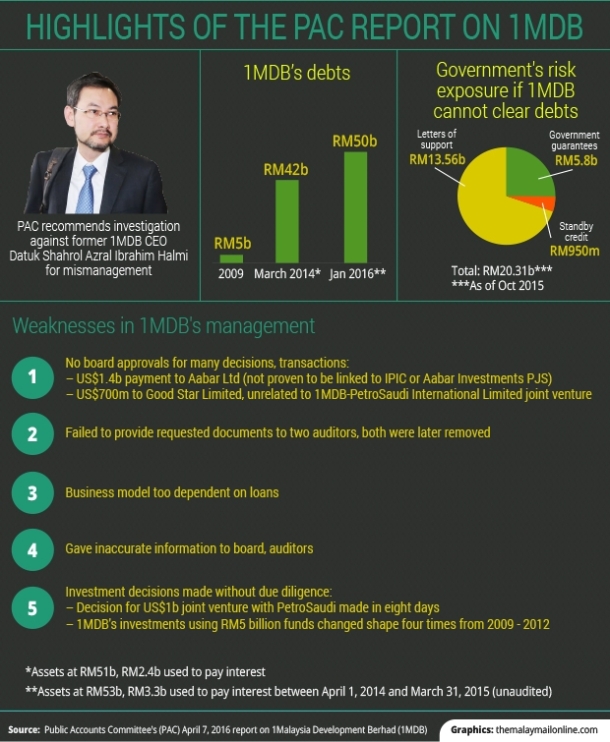 4) The Conspiracy to Save Najib

DISCLAIMER: Jebat Must Die carries the personal views of the blog authors. Readers are cautioned not to consider the contents written in this blog and all its ancillary documents as a legal or contracting policy advice in any way. Indeed, the information stated in this blog should not be relied upon as the ultimate reference of the truth. They are just a matter of opinion based on available facts. Since Jebat Must Die is not responsible for its contents and the comments from the public, it therefore assumes no liability. Jebat Must Die also disavows knowledge or culpability of any such acts or claims on such acts in any way related to the views and opinions expressed in this blog.
Join 4,021 other followers
Follow jebatmustdie on WordPress.com
Loading Comments...
%d bloggers like this: