Just a quick one.

I find the idea of having another airport very near to two of our international airports in Sepang very peculiar.

The choice of location in Labu, Negeri Sembilan was indeed a poor and last minute decision to make.

The Batu Berendam International Airport will be operational by May 2009.  The project, which was launched in 2006, is scheduled to complete by this year at a cost of only RM130 million.

The original plan in 2006 was only to cater for small flights but Air Asia themselves urged the government to upgrade the project so that it can cater for Boeing 737s and Airbuses.

This will enable Air Asia to capture the Melaka – Indonesian destinations market.

Hence, the project was upgraded by extending its runway to allow those specific aircrafts to take-off. Several more millions were poured in just to cater those demands.

The airport would also be a direct destination to and from Nanjing, China.  Up till now, the ariport can cater for flights from Indonesia, Kota Kinabalu and Langkawi.

Currently, this airport is under the direct supervision of MAHB.

Therefore, we can safely say that this Melaka Airport is an international airport designed to cater for flights from China and South East Asian countries for years to come.

To me, LCCT Labu is just another last minute midnight regulation by Pak Lah and his cronies. Surely no detailed extensive study had been made before they hatched this devious idea. Because if they had, they would have considered the proximity of Batu Berendam International Airport too!

This airport in Melaka was conveniently forgotten and will become redundant if those greedy people are successful in their bid to have yet another airport. 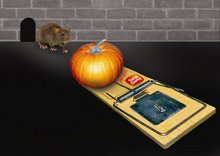 Somebody has to answer for this ludicrous shenanigans.

Update 13 January : Interesting news reported by the AFP here. It is amazing that due to the management’s own incompetence in managing the company, it has to sacrifice the national pride to foreigners in order to bail themselves out. Be sure to take note that this deal may come effective before April 2009. Oh, and the shareholders (and their proxies), being the main beneficiary of sale will definitely do not want to miss out on this ‘cash out’. Complete with a legal firm producing recycled S&P document but at the same time, charging its clients an obscene amount of fee :p

I really hope I am wrong.

Clarification : After the news got people down south salivating for the economic prospects, Proton issued out a press statement citing ‘misquoted communication’ as the reason for the earlier confusion. Rocky also wrote about it here. I am glad I was wrong.

49 thoughts on “Yet another international airport forgotten”